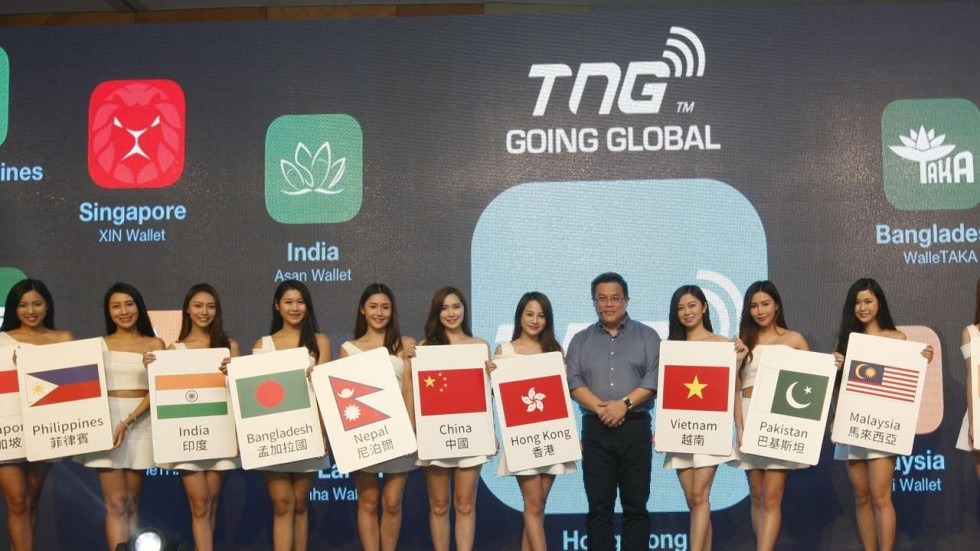 Sending money around Asia is now as easy as touching a button on your phone, but users will face background checks before they can shift large chunks of cash across borders to reduce the risk of money laundering.

TNG Wallet’s chief executive and founder Alex Kong said on Tuesday the company was launching apps in 12 Asian countries including mainland China, making it the first licensed e-wallet in Hong Kong with the ability to instantly send cash across borders.

“Once you’re verified with us, you can send money anywhere, anytime. You don’t need to go to the bank and fill in the same stupid form,” Kong said.

He described the development as “unprecedented” and one that puts TNG in a position to be the premiere e-wallet, not just in Hong Kong, but in the Asia region.

In order to weed out potential terrorists or money launderers, users have to show their identity cards to transfer HK$10,000 or more, or undergo an interview and background check to transfer the wallet’s maximum transfer amount of HK$100,000.

Kong said there were no transaction fees, “the best exchange rate” and the money would be available in the other country instantly, either for pick-up at an outlet such as a post office or money lender, or in the receiver’s e-wallet.

TNG Wallet is also targeting the 330,000 domestic workers living in Hong Kong – mostly originating from the Philippines and Indonesia. A new function will allow Hong Kong users to pay bills in The Philippines.

“Every single week they need to transfer money to their family members,” Kong said, adding that he expected four million downloads across the 12 new countries by the end of next year.

Kong said he didn’t see China-based services such as Alipay and WeChat pay as competitors, as TNG’s China-based app was focussed on cross-border money transfers, which those apps don’t currently offer, not micro payments at retail outlets.

The app will also allow users to buy 16 different foreign currencies at real-time, competitive rates and be able to pick up the cash at a chosen outlet within three days.

Tuesday’s presentation was called “going global” but Kong couldn’t say when the service would expand beyond Asia.

The app launched in Hong Kong 10 months ago and now claims to be the most popular e-wallet in the city, with 370,000 residents, or 5 per cent of the population, using the money transfer service as of last month.

It offers a range of functions including person-to-person money transfers, bill payments, payments at over 500 retail outlets, cash withdrawal seven days a week and transfers to any of the 23 licensed banks in Hong Kong.

“We are still like a baby and yet, this baby is growing very fast,” Kong said.