One jungle to another 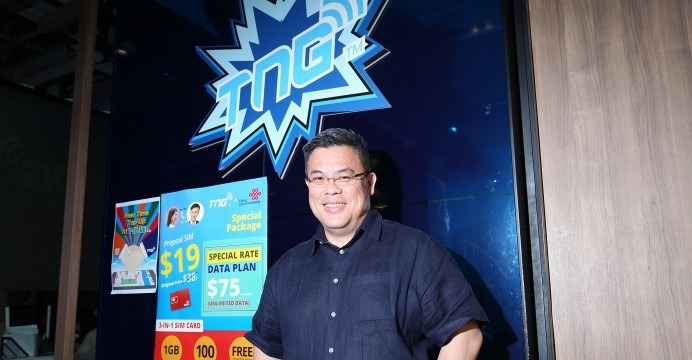 Alex Kong is a Malaysian-born Chinese who's steeped in business, even managing a hotel for his dad in Mulu National Park, Sarawak, which hired indigenous people.

"The aborigines got everything back home from the hotel - pillows, mattresses, televisions, boat propellers, even electricity. For those who worked in the kitchen, they held up the chicken thigh and left the breast for the customers. You couldn't use the modern way to manage them.

"I think it is God who made me have such a tough and painful experience in the past that prepared me for the future. I came up with different business ideas and want to create value and convenience for others." Kong read tourism for his degree in Hawaii.

Having a wife from Hong Kong, he moved to the SAR.

He had an e-commerce business as early as 1996, helping people book air tickets and hotel rooms. It went well until after 2000 when the dotcom bubble burst and the 9/11 terrorist attack took place in 2001. Before launching TNG, he was deeply involved in an IT solutions firm Sino Dynamic Solutions.

Although others see his TNG as a David pitted against the many Goliaths in the financial world offering fintech services, Kong says: "I don't think it is risky as I know very much what I am doing. It is only risky if you don't know what you are doing. I have prepared TNG since 2009."

A measure of how far he has come is his inclusion in Chief Executive Carrie Lam Cheng Yuet-ngor's delegation to the United Kingdom in September.

Kong is also a veteran property and equity investors. Coming from a poor family, Kong says he spent his childhood in a van, and that explains his fixation with homes. "I want to have a sense of security and stable rental income."

As for equities, he is keen on those with generous payout such as Link REIT (0823).