Deep pockets that can go a long way 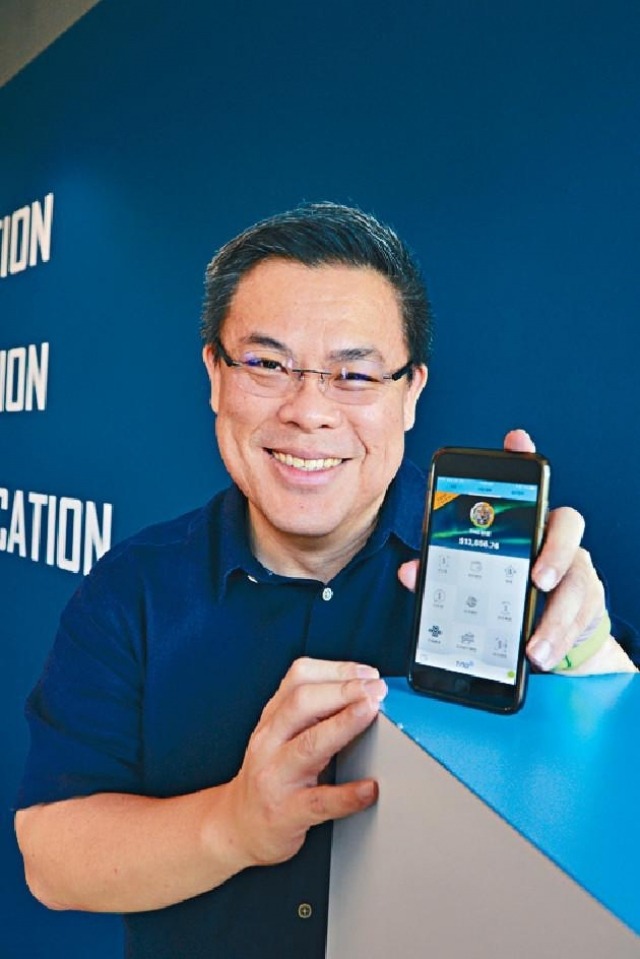 Having a business in 13 countries and places is not a bad start at all for Hong Kong-based fintech company TNG Wallet.

Doing so in up to 150 of the 195 countries there are in the world is even better, more reflective of the global presence that modern e-commerce demands, and that will happen, says its founder and chief executive Alex Kong, this year.

As TNG needs to meet capital requirements in these countries and tap the remittance market for corporate clients, it has been seriously mulling over an initial public offering, and whether Hong Kong ends up as the host will depend on its listing rules for new-economy companies.

"The dual-class share structure is not my concern as TNG is controlled by me. What I care about is the profit requirement."

That control, over 70 percent, stems from an initial investment of HK$200 million.

And that investment is already paying off with a profit last year, just two years after TNG's e-wallet launch.

He says TNG's fund-raising target is at least US$1 billion (HK$7.8 billion). After the latest round of financing of US$115 million, TNG was valued at US$565 million.

It also addressed biotech firms with valuations of at least HK$1.5 billion, not requiring them to have any revenue track record. However, Kong declines to respond to the new arrangement.

TNG recorded over HK$800 million in turnover in October, with money remittances contributing 80 percent, thanks to mainly Filipino and Indonesian maids.

He expects turnover to hit HK$1 billion a month soon, which is about one fifth that of Octopus.

"On average, maids remit 70 percent of their salaries back home. Also, employers can pay maids via a TNG wallet."

Kong adds that TNG's P2P business has also been growing fast, with October seeing HK$37 million in turnover and November even more at HK$50 million.

Thus, incentives like the electronic red packets will not be necessary. Monthly cash withdrawals stand at about HK$20 million to HK$30 million.

"There are only around three million working population in Hong Kong and growth is limited. Therefore, we need to look beyond the local market," Kong says.

"By March, we will have businesses in 150 countries, including South America."

That means one can buy a certain currency anytime anywhere and get the banknotes upon arrival at the destination. He adds charges are at around US$2.40 to US$5 per transaction, which is lower than what banks charge.

"For instance, when I remit money back to my home country in Malaysia, my family can receive it within an hour, even before I fly and land there."

Beyond money transfers, he says, TNG will introduce e-wallets in overseas markets. It will be available this quarter in Singapore and Indonesia, where customers can pay using a TNG wallet at retail spots.

It will also introduce a device that can read cards issued by other payment service providers that have joined TNG's Global EWallet Alliance. Kong says the device will be given to merchants around the world for free and TNG will charge 1-1.5 percent per transaction.

"That means overseas visitors can also pay using cards issued in their home country when visiting Hong Kong or anywhere as long as the issuer has joined the Alliance."

The United Kingdom is TNG's first market in Europe. Kong says about US$20 million will be invested to launch an e-wallet there, where many Hongkongers have bought properties and their children study. Many people of different nationalities also remit money back home from the UK.

"You can use a TNG wallet to pay for water, electricity, gas, rent and school fees without having a bank account there."

TNG has picked cross-border payment platform Tranglo as its partner in the UK.

Besides partnerships, TNG is looking at merger and acquisition opportunities, particularly firms with financial-service licenses and wide customer bases.

TNG launched an e-wallet in Hong Kong in November 2015 but it has now shifted its focus to remittances and traveling e-wallets.

"The painful point for Hongkongers does not lie in local payments. You probably don't need to bring along cash as long as you have an Octopus card and a credit card. It's not a must to pay by mobile phone. We don't bother much with local payment services now. Instead, the painful point lies in payments while one's traveling. With a TNG wallet, you can travel easily."

In addition, with the large unbanked population in the world, including 1.2 billion in Asia, Kong sees lots of opportunities for TNG in financial inclusion.